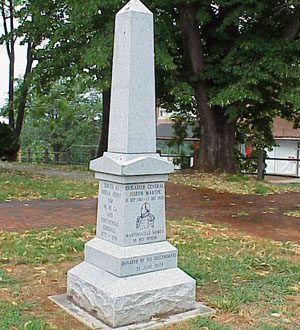 Whatever the reason, General Joseph Martin has been undeservedly forgotten, and as an act of historical justice I am appealed to write this sketch of him to re-emphasize the importance of his career on the Virginia-Carolina border and in the early emigration to Kentucky.

He was the sort of figure out of which border heroes are made.  In youth he was a daring adventurer.  In the evolution and development of American character, the difficulties incidental to colonial life, the struggle with the wilderness and with the savage environment produced a type of men whose best examples are to be found in the Indian fighter and back-woodsman of the seventeenth and eighteenth centuries.

Indian fighter and Indian friend, warrior and peace-maker, border leader and Virginia planter, statesman and man of affairs, advocate and arbitrator, he was a remarkable and admirable combination.  General Joseph Martin was the most important influence in maintaining peaceful relations with the Indians from the beginning to the completion of the early settlements of the Southwestern border.  From 1775 to 1790 he, of all men, held the Indians there in restraint.  It was the greatest service that could be performed for the people of that territory and gives him valid claim to be regarded as one of the most important, if not the most important, figure in its history.  General Joseph Martin deserves to be remembered.

*Some information extracted from the Filson Club Historical Quarterly and comments made by Professor Stephen B. Weeks and Dr. Lyman C. Draper